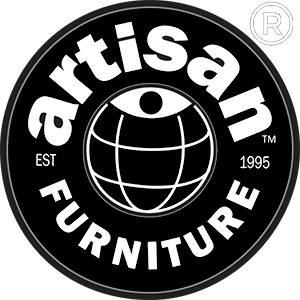 Although rattan is used to make a range of products, furniture production is the most significant; according to the World Wide Fund for Nature, the global furniture business is worth more than US$4 billion annually (WWF). In the past, a large portion of the economically farmed raw vine was transported to manufacturers abroad. To promote the production of rattan furniture locally, Indonesia began to impose an export ban on raw rattan vine by the middle of the 1980s.

Nearly all rattan was previously gathered from tropical rainforests. Over the past few decades, due to the conversion of forests and the rapid decline in their habitat area, rattan has become scarce.

The tropical rainforests of Asia, Malaysia, and China are home to rattan, a form of climbing or trailing palm. The Philippines has been one of the main sources1. Palasan rattan can be recognised by its robust, sturdy stems, which range in diameter from 1 to 2 inches, and its 200–500 foot long vines.

Rattan is chopped into 13-foot lengths after harvesting, and the dry sheathing is taken off. Its stems are air dried before being preserved for seasoning. These lengthy rattan poles are next straightened, assessed by diameter and quality (determined by the number of internodes; the lower the internodes, the better), and supplied to furniture producers. Caning is done with rattan’s outer bark, whereas weaving is done with its inner, reed-like part.

Wicker is the weaving technique, not a real plant or substance. Rattan was first used for caning in the West in the early 19th century, and it has since replaced other materials.

Among the various natural materials used in wickerwork, its strength and manufacturability have made it one of the most preferred choices.

Its popularity as a material for indoor and outdoor furnishings is obvious. Rattan can be bent and curved to create a variety of beautiful curved shapes. Its pale, golden hue instantly creates the atmosphere of a tropical paradise indoors or outdoors.

Rattan is a lightweight, nearly impermeable material that is simple to move around and handle. It has a built-in resistance to insects and can tolerate extremely high or low humidity and temperatures.

For the record, bamboo and rattan do not come from the same species of plant. A hollow grass with ridges of horizontal development, bamboo has hollow stems. In the late 1800s and early 1900s, it was used to construct small furniture and accessories, particularly in tropical areas. Because of the smoothness and additional strength of rattan poles, some bamboo furniture manufacturers used them.

Furniture made of bamboo and other tropical materials was quite fashionable in the 19th century, at the height of the British Empire. Because of the cold English environment, families who had been stationed in the tropics and in Asian nations came to England with their bamboo and rattan furnishings.

Early in the 20th century, visitors brought rattan furniture created in the Philippines back to the United States on steamships. Rattan furniture from the early 20th century was created in the Victorian aesthetic. Rattan furniture became widely used by Hollywood set designers in outdoor settings, whetting the appetites of moviegoers and fashion-conscious audiences who adored everything that had to do with the image of those lovely, remote South Seas islands. Call it Tropical Deco, Hawaiiana, Tropical, Island, or South Seas—a fashion was formed.

Designers like Paul Frankel started to develop new rattan furniture styles in response to the rising demand for rattan garden furniture. Frankel is credited with creating the coveted chair with pretzel arms that droops at the armrest. Companies with Southern California roots immediately followed suit, including the Ritts Company, Seven Seas, and Tropical Sun Rattan of Pasadena.